ADHD: Are medications the only answer? 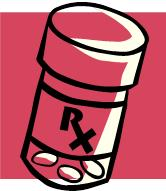 My daughter was first diagnosed with ADHD when she was in grade school by her pediatrician.  When I asked him about treatment options he said that the only treatment was stimulant medications.  This was before I became a psychotherapist so I trusted his guidance and put her on a variety of stimulant medications spanning a couple of years.

After she started taking the stimulants her grades went up and her intensely angry behavior calmed down – as long as the meds were in effect.  Each day, as the medications wore off, she experienced a rebound effect that made her extremely irritable and unhappy.   She also worsened a sleep disorder during this time as the medications made it impossible for her to fall asleep.  Plus she was never hungry as the medications suppressed her appetite.

Once I became a psychotherapist and Neurofeedback practitioner I learned about the neurobiology of ADHD and discovered that although medications continue to be the most well-known treatment for ADHD, there are a number of other significantly effective options.  I also learned that medications often create intolerable side effects that cause a large percentage of people to discontinue them within three months of starting them.

What other options exist for treating ADHD? Neurofeedack, Cognitive Behavioral Therapy, Mindfulness Practice, exercise, diet, and nutritional supplements have all been found to improve symptoms of ADHD.

Neurofeedback has been found to be highly effective at reducing the symptoms of ADHD. The American Academy of Pediatrics listed biofeedback as a Level 1 Best Support for ADHD on their most recent Evidence-Based Child and Adolescent

Psychosocial Interventions chart. This was based on five biofeedback studies, three of which studied the effectiveness of Neurofeedback (a form of biofeedback).

As a Neurofeedback practitioner since 1999 I have seen first-hand just how effective Neurofeedback can be in teaching a brain with ADHD to regulate itself better.  My clients with ADHD typically improve concentration, reduce hyperactivity and impulsivity, and regulate their mood and behavior.  Other improvements are typically seen as well such as better social skills and relationships and decreased anxiety and depression. Improvements persist after treatment has been completed.  For more detailed information about how Neurofeedback helps ADHD read my ADHD Treatment Options book.  For a free 15 minute phone consultation about whether Neurofeedback would be a good fit for you or your child contact me via www.TheBrainLady.com

My daughter was my first Neurofeedback client.  After completing Neurofeedback training we were able to discontinue her medications and her improvement in grades and behavior continued.  Plus her sleep improved and she gained back her appetite. In fact, she graduated from college with 3 years on the Dean’s list with no ADHD medications!

One common style of therapy that has been shown to be effective with ADHD is Cognitive Behavioral Therapy (CBT).  CBT is an especially good option for helping children and adults succeed with ADHD. CBT looks at options for making thoughts, feelings, and behavior contribute to success.  It contains a focus on skill building including managing emotions (kids and some adults with ADHD are often very volatile), interpersonal skills, behavior, organization, and whatever that particular child or adult may need.  Find a therapist who specializes in ADHD. 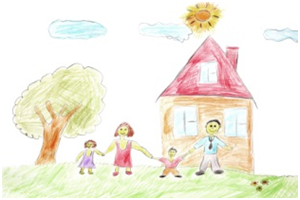 Another common style of therapy for young children is Play Therapy.  Play Therapy recognizes that young children are not usually capable of ‘talking about their feelings” as such.  Play Therapy provides a way for the therapist to interact with a young child within the child’s fantasy metaphor.  Often, the child will display their feelings through their play with a doll house or through their drawings or other creative play media such as sand play or make believe.  A skilled Play Therapist can help the child via the vehicle of play without ever having to leave the child’s theme of symbolic play.  Some parents are dismayed when their child tells them they just ‘played’.  Ask the therapist about the process.  Research has proven the positive results gained from Play Therapy.

Couples in which one of the partners has ADHD can benefit from couples therapy.  There are patterns that typically develop in couples where one person’s symptoms of ADHD interfere with reliability, impulse control, communications, and emotional volatility.  The therapist will help the couple understand how ADHD impacts the relationship.  They will guide the couple to develop different strategies that rebuild and strengthen the relationship.

Mindfulness meditation is not usually seen as a ‘treatment’.  It is considered a practice.  It consists of skills and methods to unplug from the busy world around you and from the busy ‘monkey brain’ so often experienced with ADHD. Mindfulness trains and reinforces the ability to pay attention to the present moment, on purposewhich is very helpful to those with ADHD.

There is evidence to suggest that mindfulness meditation actually reduces ADHD symptoms. A feasibility study titled ‘Mindfulness Meditation Training in Adults and Adolescents With ADHD’ published in the Journal of Attention Disorders found that meditation led to improvements in self-reported ADHD symptoms and test performance on tasks measuring attention and cognitive inhibition. Improvements in anxiety and depressive symptoms (so common in people with ADHD) were also observed.  A number of other studies have shown improvements in attention in the study subjects that meditated.  And studies have also shown that meditation actually changes the brain in positive ways.

For some excellent resources to incorporate mindfulness into you or your child’s life click here.

Other options that should be explored for reducing ADHD symptoms include diet, exercise and nutritional supplements.  Studies indicate that regular exercise improves concentration and hyperactivity.  Don’t allow your child’s school to keep them in at recess.  Adults should establish a regular work out practice.  Limiting sugar, caffeine and artificial colors and sweeteners can be very helpful to most people with ADHD.  Also, studies have found deficiencies in zinc, magnesium, omega-3 fatty acids in many with ADHD.  More information about these natural options for improving ADHD symptoms are found in my ADHD Treatment Options book.