PLEASE NOTE: As of December 31, 2014  Deb has retired from her private practice and is no longer accepting new clients so that she can concentrate on writing and teaching.  The below is for historical/informational purposes only.

Neurofeedback is a medication-free treatment for many conditions in which the brain is not working as well as it might.  These include: ADHD, learning disabilities, depression, anxiety, sleep disorders, chronic pain, migraines, sleep disorders, memory, behavioral problems, addictions, traumatic brain injury, seizures, autism, anger, cooperation, trauma, and much more.

Neuroscience informs us about Neuroplasticity – the ability of the brain to change and rewire itself. Neurofeedback is an excellent example of a treatment modality that does just that. Neurofeedback is a form of biofeedback that teaches a person to change (and correct) their brain waves.  It is a learning strategy that can be thought of as exercise for the brain.  Information about a person’s brain wave characteristics is made available to the person via a computer.  The person controls a video game without using their hands, just by learning to control their brainwaves.  Pretty cool! 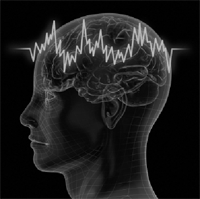 Many conditions affecting clients today can be thought of as problems in self-regulation.  In other words the brain has become disregulated and stuck in patterns that don’t serve the client.  This is certainly true for ADHD, depression, anxiety, brain injury, bipolar disorder, trauma, and sleep disorders.  Neurofeedback teaches the brain to regular itself more effectively. It is a painless, non-invasive treatment modality that most clients find pleasant and relaxing.

Neurofeedback is approved by the FDA for stress management.

There are a number of different types of Neurofeedback available.  One, called Eeger, is a traditional type of Neurofeedback.  It is based on the theory of operant conditioning where the client is rewarded with beeps, points, and game play when they are changing their brainwave patterns to healthier patterns.

Neurofeedback training is a painless, non-invasive procedure. In traditional Neurofeedback one or more sensors are placed on the scalp and one on each ear.  Information about what the brain is doing is then given to the client as ‘feedback’, visually and auditorally. The brain waves are displayed on a computer in an EEG video display as well as by means of a video game.  The person operates the video game with his brain.  No hands!  As desirable brainwave activity increases the person is rewarded by the video game moving faster, scoring points, and hearing a beep.  Gradually, the brain responds to the feedback that it is given and a “learning” of new brain wave patterns takes place.  The new pattern is one which is closer to what is normally observed in individuals without such conditions or disabilities. 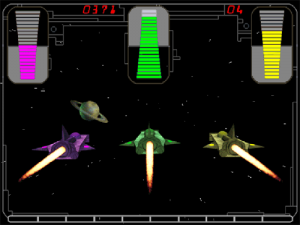 Another type of Neurofeedback, called the Low Energy Neurofeedback System (LENS), measures the brainwaves and then sends a tiny electromagnetic pulse to the brain that is offset from what the brain is doing.  This gently persuades the brain to get unstuck and become more flexible.  The very low power electromagnetic field is like the ones that surround digital watches and wires in the wall. Although the feedback signal is weak, it produces a measurable change in the brainwaves without conscious effort from the individual receiving the feedback.

LENS Neurofeedback uses a feedback frequency that is different from, but correlates with, the dominant brainwave frequency. When exposed to this feedback frequency, the EEG amplitude distribution changes in power. Most of the time the brain waves reduce in power; but at times they also increase in power. In either case the result is a changed brainwave state, and much greater ability for the brain to regulate itself.

Neurofeedback is a learning strategy.  The brain learns to change gradually over repeated sessions.  At some point the brain has ‘got it’ and the changes stick.  Some studies show that the improvements persist over time after treatment has ended as long as the treatment reinforced the changes long enough.

A meta-study (study of the studies) published in the May 2009 edition of Clinical EEG and Neuroscience found that “Neurofeedback treatment for ADHD can be considered ‘Efficacious and Specific (level 5)”. The Guidelines for Evaluation of Clinical Efficacy of Psychophysiological Interventions used for this study are similar to those from the American Psychological Association (APA).  To meet the criteria for this highest level of efficacy, Level 5 – Efficacious and Specific, the treatment needs to be demonstrated to be statistically superior to a credible sham therapy, pill, or bona fide treatment in at least two independent studies.

Here are some treatment results from some of my clients using Neurofeedback.

www.youtube.com/watch?v=rr1nSXJtVxk
PLEASE NOTE: As of December 31, 2014  Deb has retired from her private practice and is no longer accepting new clients so that she can concentrate on writing and teaching.  The above is for historical/informational purposes only.