There a number of anxiety disorders including generalized anxiety, obsessive compulsive disorder, phobias, posttraumatic stress disorder, and more.  Generalized Anxiety Disorder is characterized by excessive and hard to control worry and anxiety that occurs persistently. There may be associated tension, fatigue, insomnia, and impaired concentration. 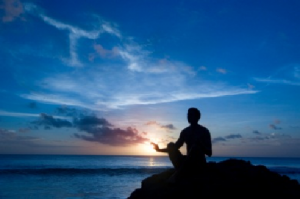 Anxiety responds nicely to a variety of treatment approaches including mindfulness skills, cognitive behavioral therapy, and Neurofeedback.  The symptoms of anxiety can be moderated with anti-anxiety and some anti-depressant medications but may not be necessary after using the other treatment options.

One of my clients who suffered from anxiety arrived in my office in the middle of an intense panic attack.  I quickly taught her a relaxation breathing technique to calm down her anxiety and over aroused sympathetic nervous system.  In a matter of a few minutes her anxiety subsided and the panic attack was over.  She stated that was the first time she was ever able to get rid of a panic attack so quickly.  She incorporated mindfulness and her panic attacks became less frequent and less intense until they gradually stopped completely!

A seven year old girl was brought in by her mother.  The girl was experiencing such intense anxiety at school that they were considering an out of school placement for her.  And of course her classmates teased her relentlessly because she would get so upset.

I taught her a technique I call ‘changing the channel’.  I asked her what she would choose to put on her ‘happy channel’.  She said she loved to dance.  So for the next week, every time she noticed she was becoming anxious she would imagine she was turning on and watching her ‘happy channel’ with her dancing.  This immediately calmed her whole system down.  Within a few weeks her anxious brain was re-regulated and the anxiety was eliminated.

The Academy of Child and Adolescent Psychiatric Clinics of North America states that Neurofeedback meets their clinical guidelines for treatment of anxiety (including OCD, PTSD, Generalized anxiety, phobias).  A study of the effectiveness of Neurofeedback for treating anxiety published in the Journal of Adult Development (2005)25 showed that Neurofeedback training produced significant changes in state and trait anxiety compared with controls.

Complete this Anxiety Symptom Checklist and take it with you to your first appointment with Deb.

Caution:  The information presented here is for your reference only and should not be used to diagnose or treat any condition. It is not intended to substitute for the advice of you or your child’s medical doctor or mental health professional.

PLEASE NOTE: As of December 31, 2014  Deb has retired from her private practice and is no longer accepting new clients so that she can concentrate on writing and teaching.  The above is for historical/informational purposes only.