As a parent we are faced with many situations that require us to make good decisions about what our kids need from us.  Here are 5 important things that good parents avoid. 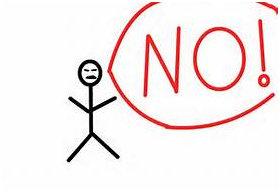 1.  Power Struggles.  Some kids are masters at pulling their parents into power struggles.  What is a power struggle?  That is when you get in a back and forth argument with your child about what your child needs to do.  Kids often say “no” when you tell them to do something.  As parents we often explain why we want our child to do something and expect that being reasonable and upfront will help them understand the importance of what we need them to do.  Many kids use this as an opportunity to explain why this isn’t what they want to do or why they should do it later or how you don’t really understand them very well do you?  Have you been there with your child?

When a power struggle occurs no one wins.  You tell your child to go to bed and they say “no”.  That’s a perfect invitation for a power struggle. Now what?  How do you avoid the power struggle?  Karan Sims of Positive Parenting.com says to refuse to pick up the other end of the rope.  Instead side-step the power struggle. Give them acceptable choices such as “do you want to walk to your bed or have me carry you?” or “do you want me to read to you when you get in bed or listen to music for a few minutes?”  Giving them choices allows them to feel empowered instead of over-powered. Be clear and firm about what you want your child to do.  Learn to keep your cool. 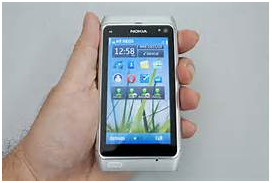 2.  Texting and using social media such as Facebook while you are with your kids.  I am amazed and sometimes frightened to see parents texting or using their smart phone instead of watching or interacting with their kids.  Recently I was driving on a busy four-lane road and saw a mother waiting for the bus.  Her full attention was on her smartphone while her 4 or 5 year old boy was dancing back and forth right on the curb of the busy road.  Another young mother was busy texting when I walked by and her 2 year old daughter followed me onto the elevator without the mother ever noticing.

Safety is a huge issue but in addition to this one way kids learn to pay attention is by being paid attention to.  When you are routinely distracted by your phone you are not paying attention to your child.  They may feel unimportant and ignored.  They may escalate negative behavior to get your attention.  They may wander off.  They may fail to learn to make eye contact and pick up on appropriate social skills needed to thrive.  They may never know how good it feels to have your full, undivided attention.

3.  Allowing kids to be in charge.  It is important to give kids choices and give them opportunities to be in control.  But it is not healthy when a child is in charge in a family system.  When a child has this role, they are often confronted with situations they are not equipped to handle and being in charge can be quite frightening to them.  An example of this occurred with a family I saw years ago in family therapy.  The 6 year old boy was totally in charge.  When it was time to end the session he didn’t want to leave.  When the parents told him to come on he got more toys out instead of putting them away.  They stood in the middle of the room trying to convince him to come with them. He refused to pay any attention to them but instead just kept playing.  This was typical of his behavior no matter what they asked him to do.

As a parent, you are the adult and you need to be in charge.  I don’t mean that you need to be all powerful and overpower the child.  I mean you need to set limits and boundaries for the child.  In the example above, the parents had several choices that would have worked better than trying to convince him to leave (sounds like a power struggle, eh?).  They could give him a choice such as “do you want to walk to the car or have Daddy carry you?”  They could tell him it’s time to go and get up and walk out.  Rarely will the child stay put and usually they run after the parents saying “wait for me”.  But standing there waiting for the child to decide they are done playing and ready to leave puts the decision in the hands of the child and puts them in charge.

4.  Violating Grandma’s Rule.  Good parents know better than to give their child a privilege on the promise that the child will do a chore afterwards.  Grandma’s Rule states that the chore must be complete before the privilege is given. My daughter would clean her room in a jiffy if she knew she couldn’t have a friend over until the room was clean.  If I let her have the friend over first, she would never get around to cleaning the room.

5. Screaming at their kids. When my daughter was young she used to get very intensely angry and yell hateful things at me.  At first I used to get angry back and yell back at her.  I hated doing this and felt terrible even though I always apologized for losing my temper when things calmed down.  And it would just escalate our anger.

Eventually I became more mindful of my own emotional reaction and learned to walk away from her when she was so angry and to tell her to come see me when she calmed down.  She learned to calm down pretty quickly when she no longer had my attention (even if it was negative) and she would apologize and then we could discuss the issue at hand minus the power struggle. See my article ADHD mom: I am embarrassed to admit that I yelled at my daughter.