If you know, or even think someone you know is dealing with ADHD, you’ll want to learn as much as you can about the way his or her brain works. This is especially true if you have an inexplicably hyperactive child or are in a serious relationship with someone who has ADHD. Thoroughly understanding the behaviors and quirks associated with ADHD will make treatments more effective. Studies show that patients often improve more if they have strong moral support.

Primarily, you have to understand what ADHD is, and exactly how it affects behavior. However, you also need to be wary of the information you hear on social media, or from friends who claim they have “ADHD” in a joking manner. As a result of a desensitized generation, many people take ADHD with a grain of salt, and they shouldn’t.

Now more than ever, it’s important to separate myths from the facts. There is a wide array of false information going around about ADHD, which most people universally believe. Review the section below to learn the truth about ADHD. When you know how to connect with a person who has ADHD, life will be much easier for everyone involved, especially if the patient is a young child. 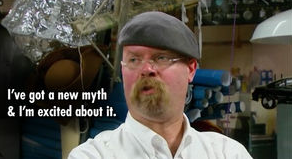 False! It can worsen if a child never learns how to focus, but ADHD is biological.

4. Everyone who has ADHD is hyperactive and distracted all of the time.

Although hyperactivity is the most visible symptom of ADHD, each client experiences it differently. Some people may struggle with the disorder less than others may, and others might go into a depression that actually decreases activity. So, while many ADHD client are extremely hyper and chaotic, not everyone reacts that way.

No! If you ask a child or adult with ADHD to strive for success, and they fail, it doesn’t mean that he or she is lazy and inept. Usually, theyare honestly trying their best, but simply cannot focus. Telling a person with ADHD to try harder may exacerbate frustration and unpleasant emotions. It’s the same thing as telling wheelchair patients that they could walk if they simply tried harder: very offensive.

2. ADHD is ubiquitous, and not a valid excuse for distraction.

Yes, everyone seems distracted lately, and yes… some people get immersed in projects, causing them to lose track of time. However, there is a difference between living with ADHD and everyday distractions. You’ll notice those with ADHD lose more time, and work on a myriad of different projects at once. It is important to realize that this is a real disorder and you should empathize with the idea of having to live a chaotic and unfocused life.  Most of the time, people with ADHD just want a break, they want some respite from the confusion in his or her brain; they are not looking for excuses or handouts.

Think of it like any other medical condition. Just because a person can’t focus doesn’t mean that he or she has ADHD, think about the last time you coughed- did you have emphysema?

1. People don’t need ADHD treatments or medication, they’re just dangerous and you can get addicted to them.

While some people do get addicted to ADHD medications, they are usually not ADHD clients. ADHD medications affect a person with ADHD differently than one without.  It is essential to seek treatment for ADHD to avoid depression, anxiety, school, work, and relationship failure.  Medication may be one piece of the treatment puzzle but Neurofeedback has been shown to reduce the symptoms of ADHD and the improvement persists after treatment ends.