Is Your Child or Teen Addicted to “Screens”?

Posted on September 5, 2016 by Debra Burdick

Since I was a child I have loved to play games such as board games and cards.  Earlier this year I downloaded a few computer games onto my iPad and iPhone and discovered I really enjoy playing them.  But I have noticed that sometimes I play much longer than I intended or I keep playing when I am tired and need to go to sleep.  And it often feels easier to play them than to go do something else.

I gradually began to notice how much time I was spending playing games on my iPad and I started to wonder if I might have become addicted to using my “screens”. 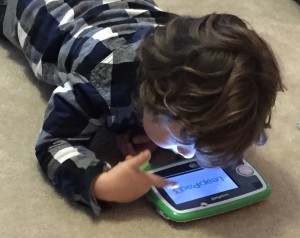 A recent article by Dr Richard Kardaras that appeared in the NY Post stated that some are referring to screens as a “digital drug”, “electronic cocaine” and “digital heroine” because studies are finding that brains can become addicted to using them. Using them is hyper-arousing and raises dopamine levels which is the same feel-good neurotransmitter most involved in addiction.

Recent brain imaging research is showing that playing video games on screens affect the brain’s pre-frontal cortex in exactly the same way that cocaine does. The pre-frontal cortex controls executive functioning including impulse control, attention, motivation, planning, organizing and mood regulation.  This is the area of the brain often implicated in poor concentration and impulse control associated with ADHD.

Yikes, it’s scary to think that the brains of our kids and teens can actually be affected by using “screens” in much the same way that cocaine affects them.

Watching TV has also been found to result in changes to the brain that resemble addiction and cause the viewer to keep watching.

Besides the addiction issue, numerous clinical studies have shown that screens can also increase depression, anxiety, poor concentration, and aggression and can sometimes lead to psychotic-like features where the screen users lose touch with reality.  Other studies have shown changes in cognitive function as well as the structure of the brain.

Even “educational” games and TV shows can be addictive.  Yup, even awesome games like Minecraft or Leapster can make the brain look like it is on drugs – if it has become addicted!

So how do you know if your kids or teens are addicted to “screens?” Use the following checklist to help you decide.  If you check off more than 2 or 3, then they are most likely experiencing some level of addiction.

☐ They use screens for many hours most every day.

☐ They would rather use screens than do other age appropriate activities.

☐ When you ask them to turn the screens off, they get angry, resistant, and/or reluctant to turn them off or have an   intense temper tantrum.

☐ They tell you they will turn them off but then don’t.

☐ They stay up past their bedtime using them.

☐ They neglect their chores, homework, or friends in favor of using them.

☐  They would rather use screens than do anything else, even things they love doing.

☐  They struggle to pay attention when not using them.

☐  They have trouble making or keeping friends.

☐  They often seem bored, uninterested, or unmotivated when not using screens.

☐  They have lost interest in things they used to enjoy.

☐  They have become depressed as their use of screens increased.

☐ They have worsening anxiety as their use increased.

☐  They have trouble staying present in reality.

Tune in for part 2 of this blog where I will discuss options for preventing and decreasing addiction to screens.

The comments are closed.