During the past 20 years many clients have come to me for help with depression.  So many of them not only feel deeply depressed but also feel like their depression is their fault or is because they are a ‘loser’.  To make matters worse, many of their family members tell them to ‘just snap out of it’.

Depression is one of the most common mental disorders in the United States.  The cause of depression is unclear but there are definitely some predisposing factors such as: 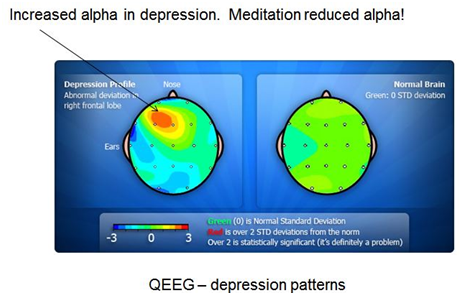 Here are some common myths about depression that simply aren’t true. 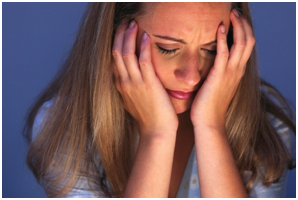 Myth #1) It’s my fault I feel depressed so I am weak or a ‘loser’.  Depression is no one’s fault. No one gets depressed on purpose. Beating yourself up about being depressed just intensifies the depression. Depression can have a significantly negative impact on your life and needs to be addressed with professional help.

Myth #2) I should just be able to ‘get over it’. This is easier said than done. The brain changes present in depression cannot be ‘willed away’. There are certainly some steps you can take to address the depression such as regular exercise, good nutrition, good sleep, meditation, stress management, yoga, and practicing gratitude for the blessings in your life. But often professional help is needed in addition to these. The most effective treatments for depression are Cognitive Behavioral Therapy, Neurofeedback, and anti-depressant medications.

Myth #3) I should be able to figure out exactly why I’m depressed. The exact cause of depression is unclear and varies significantly between people. Sometimes the cause can be identified, usually if some specific life event has occurred such as loss, trauma, stress, unemployment or change. One of my clients became increasingly depressed after being transferred to work for a boss that treated him poorly. His depression disappeared when he found another position with a more suitable boss.

Other times, there is no obvious reason why someone is depressed and trying to figure out the trigger can worsen the feelings of helplessness and hopelessness. One woman I treated was severely depressed to the point of not being able to work. She took disability leave from work, engaged in Cognitive Behavioral Therapy and tried a number of different medications over a 6 month period before the symptoms began to clear. She was then able to return to work.  No clear trigger could ever be identified.

Myth # 4) If I take anti-depressants I will feel better right away. Wrong. Anti-depressant medications work gradually to alter the neurotransmitters in the brain. Although small improvement may be felt in about a week, most take 5-6 weeks to be fully effective.

If you experience symptoms of depression, seek professional help so you can start to feel better soon.  Email me at deb@TheBrainLady.com.